We were honored to be asked to play at Brock Street Brewing. What we found out last night was that this whole concept came about after a few friends made a batch of beer in one of their back yards. They took that beer out to others to get their thoughts. When folks raved about how good it was, they decided to go back and make more. But who had the recipe? Who wrote it down. Oh no!

But from that point, a dream was beginning. Four local business men, and our friends in the community, had a dream, they shared a passion, and they are working their tails off to make this dream a reality.

The hope is by next summer, summer of 2017, Brock Street Brewing will indeed be located in the heart of downtown Whitby, on Brock Street, just south of the 4 corners of Whitby.

We were there last night to play some rock and roll, and many of our friends joined us. A dinner of ribs, mac and cheese, salad, desert, and of course beers made right on the premise was served. Playing right next to the tanks of goodness was a surreal experience. Knowing the goodness being created right next to us, was ultra cool. As one patron actually asked, “can I jump in and swim around”? Sounded like a great idea to us. 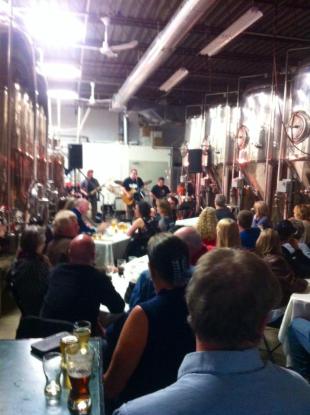 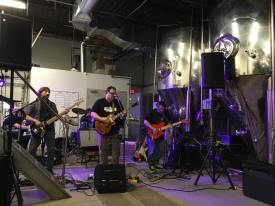 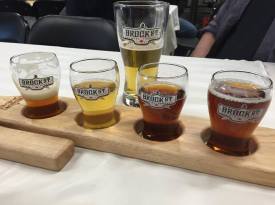 We will play again here. It was a win win all around. Five Wheel Drive had a great night, guests were entertained and fed, and the Brock Street name, gained a number of brand new customers. Posts on Facebook the next day from a number of people, raved about the beers they had tried. And what was I am sure very satisfying was that everyone’s taste buds took them in a different direction to their favorite beer.